Approximately 3% of people in the United States will experience psychosis at some point in their lives. This means that each year, about 100,000 American adults and teenagers will experience a psychotic episode.

Psychosis affects people’s minds so that they don’t know what’s real and what isn’t. They experience a loss of contact with reality during these psychotic episodes. During these, their thoughts and perceptions are disturbed. They may see, taste, feel, believe, and hear things that aren’t real. Some people can describe this as scary or confusing, but everyone’s experiences with psychosis are different.

Generally, there are two significant parts to psychosis: hallucinations and delusions.

What Are Hallucinations and Delusions?

Hallucinations refer to seeing, hearing, or feeling things that aren’t there. Examples of this include:

Delusions are strong beliefs that aren’t consistent with the person’s background or culture. These beliefs are unlikely to be true and usually seem irrational to others. Some examples of this might include:

Psychosis is different for every person, but it’s sometimes described as confusing, frightening, or frustrating. Some other common symptoms of psychosis might include:

These are some symptoms that might be recognizable to others. There are many myths and misconceptions about psychosis. However, it’s important to recognize that it is treatable, especially when identification and intervention occur early on.

What Are the Early Warning Signs of Psychosis?

Early or first-episode psychosis (FEP) rarely occurs suddenly. Most of the time, there are signs that a person may start developing symptoms as they lose contact with reality.

Typically, this is more noticeable to close family or friends. With teenagers and young adults, it might be more evident to teachers or school staff. They may start developing gradual, non-specific changes in their thoughts or perceptions, but they might not entirely realize what’s going on.

Sometimes a person will show changes in their behavior before psychosis fully develops. Knowing the warning signs can help loved ones be aware and prepare to help someone manage symptoms.

Experiencing one or a few of these symptoms doesn’t necessarily mean the person has psychosis. But if someone shows several of these symptoms they should consult a mental health professional. Research shows that treatment works better, the sooner someone receives it after the onset of symptoms.

What Are the Common Risk Factors of Psychosis?

Researchers still have not determined the exact cause of psychosis, but there are some common risk factors.

Genetics may play a role, particularly if the individual has a family history of psychotic symptoms. Additionally, psychosis may also come from severe traumas like wars, gruesome deaths, or serious accident. Teenagers and young adults appear to be at increased risk because of hormonal changes in their brains.

Other preconditioned mental illnesses can also be risk factors. In fact, psychotic episodes may be a symptom of another mental illness, such as bipolar disorder or schizophrenia. A qualified mental health professional can screen for these conditions.

Additional causes of psychotic symptoms may include:

As mentioned, there isn’t one specific cause for psychosis. It’s important to discuss any concerning symptoms with a trusted professional. If you’re not sure if you’re having a psychotic episode, you can always call 911.

It’s important to understand that psychosis is a symptom and not an illness itself. As mentioned, psychosis can mean the onset of a more serious condition like bipolar disorder or schizophrenia. It could also be an effect of a substance abuse disorder.

People with bipolar disorder experience both a major depressive episode and a manic episode. Bipolar disorder can range in severity. In extreme cases, it can cause serious disruption to someone’s life.

Mania and hypomania are states of high energy, often including reckless behavior, insomnia, and an elevated mood. Hypomania is similar to mania but it is milder, and  it doesn’t include psychotic episodes. The “high” feeling of mania is often dangerous- it can lead to suicidal tendencies, irritability and paranoia, impaired judgement, and unpredictable behavior.

Depression is the “low” part of bipolar disorder, drastically different from the mania state. When a person is depressed, even the slightest decisions can feel overwhelming. They might be preoccupied with feelings of guilt, loss, self-criticism, sadness, or dread.

People with severe cases of bipolar might experience psychotic episodes while in states of mania and depression, although psychosis is more common in manic episodes.

Someone may experience frequent psychotic episodes and never receive a diagnosis of schizophrenia. That is because there are so many other potential causes of psychosis, such as sleep deprivation, abuse of drugs, or the use of certain prescription medications. This is why it’s crucial to discuss symptoms with a trained health professional as early as possible.

First episode psychosis (FEP) is an early sign that someone is developing schizophrenia.

Many people who struggle and alcohol abuse experience psychosis. This is particularly true if abusing drugs like stimulants or alcohol.

It’s unclear if the correlation means that substance abuse causes psychosis. In some cases, it happens because the user already had a vulnerability to develop mental illness. Moreover, some people use drugs that heighten symptoms like insomnia and poor appetite, which may trigger psychosis.

The most common first treatment method for early psychosis is coordinated specialty care (CSC). CSC focuses on helping young people reach their goals with a team-based and person-centered approach.

CSC fulfills unique needs from a team-based approach. Research and ask your doctor if your community has a CSC program.

Other Therapy Options for Psychosis Treatment

Psychotherapy helps people learn coping skills for managing their symptoms. In psychotherapy, individuals will also learn how to manage their general well-being. Cognitive-behavioral therapy (CBT) can help people manage their hallucinations and delusions.

Finally, therapy offers a supportive, nonjudgmental space. Because there can be so much stigma surrounding psychosis, it’s essential that people feel like they aren’t going to be rejected for their thoughts or feelings.

Many health professionals prescribe antipsychotics for psychosis. These medications can help calm and clear confusion. They also help with stabilizing moods and reducing anxiety.

These medicines can help within a few hours or days, but need to be taken over a period of a few months to reach their maximum effect. While these medications can be great to help manage symptoms, they do not cure the underlying conditions.

Sometimes, people have to try a couple of different antipsychotics until they find the one that works best for them. Talk to your doctor if you have any strange side effects. Keep in mind that medication management aims to find the appropriate balance and minimum dosage that works for the individual.

It’s crucial to receive treatment as early as possible. Without treatment, psychotic symptoms might worsen over time, and this can result in irreversible effects.

Most commonly, treatment will involve both therapy and medication. With this combination, psychosis is treatable and living a healthy, happy life is possible. Healthcare professionals will assist individuals in finding the best personalized plan available.

Supporting a loved one with psychosis might seem confusing at first, but it’s important to put yourself in their shoes and practice empathy.

They likely feel worried about stigma or are generally confused. Since they may feel unsettled and suspicious, it could be initially challenging to get them the help they need and deserve.

When you approach your loved one about their health, speak calmly and quietly. Avoid body language that might imply you’re under stress. If possible, get on their level by sitting next to each other on the couch or across from each other at a table.

Mention specifics you’ve noticed. For example, “I’ve heard you talking to yourself” or, “I noticed your grades are dropping,” or “I’ve noticed you don’t hang out with your friends or do things you enjoy as often as you used to, why is that?” Allow space for them to talk and explain.

Ask them their goals and how you can best support them. At this point, if they seem open, share options with them to help them reach those goals. If they don’t feel comfortable after trying one option, remind them you will still be there to help them find another, better option.

During conversations with your loved one, listen carefully, reflect, and practice empathy. Do remember that their hallucinations and delusions are very real to them.

When choosing your words, be hopeful, supportive, optimistic, and encouraging. Avoid making sweeping assumptions. Allow them to speak for as long as they need. When all else fails, remind them you love them and want what’s best for them.

If they’re not ready to get help, you can’t force it. While you shouldn’t give up, you need to continue being gentle. Don’t use the word “psychosis,” especially if they haven’t been diagnosed by a healthcare professional yet.

When you approach them, don’t become overly aggressive. Don’t blame them for anything. When sharing your concerns, use “we” or “I” statements instead of “you” statements.

As your conversations continue, don’t be judgemental and don’t try to prove the psychosis isn’t real. This often results in defensiveness, anger, or even confusion. It’s important to keep in mind that they may not trust you fully, and they may need some time to come around. 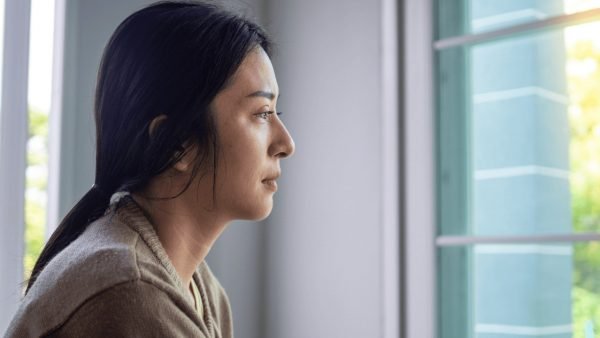 What are the Early Warning Signs of Psychosis?

Episodes of psychosis are often misunderstood. Research shows that approximately 3% of the US population experiences psychosis at some point during their lives. However, psychosis can be more of a... 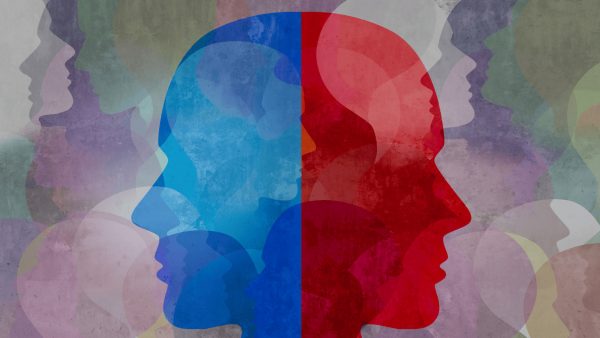