Borderline personality disorder (BPD) is characterized by an unstable sense of self, an extreme fear of abandonment, and difficulties with relationships. In addition, there is a pervasive sense of identity disturbance- people lack awareness of who they are, and they often feel perpetually hollow. Understanding these traits can be for the first step in healing or better supporting those living with BPD.

There are nine distinct traits of BPD.

You’re going to leave me.

You don’t really love me.

You aren’t here for me.

People living with BPD can have tremendous fears of rejection and abandonment. This fear can be real or perceived, but it is highly intrusive. It often causes them to sabotage themselves and their relationships.

In a sense, many people with BPD assume others will abandon them. Sometimes, this assumption is based on past evidence of abandonment. Other times, the assumption is more global- they just believe they can’t truly trust others and that people will inevitably hurt them.

A single fight with a loved one may trigger the abandonment response. Or, even an innocent gesture, such as a friend complimenting their appearance may result in them questioning if their friend is lying just to appease them.

People with BPD are essentially waiting for the ball to drop, as they are prepared for people to leave them. Unfortunately, this preparation results in them often withdrawing, threatening, lashing out, or subsequently harming people- which, sadly, reinforces the likelihood of being abandoned.

Many people use the term “walking on eggshells” to describe BPD relationships. That’s because loving someone with BPD often feels like you’re on a perpetual rollercoaster.

It doesn’t matter if this person is your partner, friend, relative, or colleague- the emotions are intense, the highs are high, and the lows are low. It can seem like anything may trigger an outburst, and you may feel exhausted by your role in their life.

Many times, these relationships start very passionately. It can feel as if you’re soulmates, and the person with BPD may want to spend every waking moment with you. But this euphoria tends to fade quickly. The moment you do something wrong (even if you aren’t sure what you did), you may feel attacked or punished.

These relationships tend to feel draining. No matter how hard you try, the individual with BPD may still reject your efforts because they fear you will abandon them. They may put you through several tests to prove your loyalty. After a small disagreement, they might stop talking to you entirely, hoping that you will apologize mercilessly and beg for their forgiveness.

People with BPD may have a challenging time respecting your boundaries. Boundaries can feel like rejection, and rejection often feels synonymous with abandonment. They may be jealous of other people in your life and constantly put them down, hoping that you will also turn against them.

Unfortunately, even though the person with BPD fears abandonment, their actions ultimately can motivate people to abandon them. After all, it can feel hopeless and futile trying to comfort someone who doesn’t believe in your motives.

Our core sense of self refers to our personality, preferences, self-image, and belief system. Ideally, this sense of self guides our morals and helps us live a meaningful life.

But people with BPD lack a core sense of self. Instead, they often feel plagued by the existential question, who am I? This question can disrupt their emotions, relationships, and self-esteem.

As a result, people with BPD may seemingly change their identity on a whim. For example, they might dye their hair a different color each week or spontaneously get tattoos without considering the permanence. Their personalities may shift as seamlessly as the weather, and these changes can be confusing for the people around them.

They can also be highly impressionable. For example, after spending time with a new friend, they might go out and buy an entire wardrobe that replicates that person. Or, they may embrace all their hobbies and preferences- as if they were their original interests, too.

We’re all impulsive sometimes, but people with BPD tend to struggle with severe impulsivity that can cause serious consequences. Impulsive behavior can consist of:

These impulsive actions are a way to soothe their intense emotions. It’s also a way to escape from bad experiences.

These impulsive patterns can explain why BPD often coincides with other mental health conditions, like substance use disorders and eating disorders. It can also correlate to poor financial and physical health.

Unfortunately, impulsive behavior creates multiple problems. First, trying to escape emotions doesn’t actually fix the emotion (or subsequent pain). Second, it often causes more consequences. When faced with these consequences, the person with BPD may react by engaging in even more impulsive behavior, becoming extremely depressed, or lashing out at others.

The rates between self-harm, suicide, and BPD are devastatingly high, with research showing that up to 10% of people with BPD die by suicide.

Sometimes, these suicide attempts inadvertently help people with BPD avoid abandonment. For instance, after a bad breakup, the individual may dangerously cut themselves. Then, they may call their ex-partner and tell them what happened. In many cases, the partner will want to comfort them and give them support. This dynamic temporarily relieves the fear of abandonment.

Many times, people with BPD oscillate between desperately wanting to feel alive and wanting to feel nothing at all. Because regulating emotions is so challenging, even the slightest negative emotion can feel catastrophic. As a result, the desire to end life may emerge consistently.

Unfortunately, even non-suicidal gestures can be lethal. Even if someone self-harms with no intention of dying, it’s easy to make an irreversible mistake.

This symptom can undoubtedly make treatment difficult. It’s not uncommon for people with BPD to repeatedly enter emergency rooms, inpatient facilities, or psychiatric hospitals. They may even learn the “lingo” for reporting suicidal ideation. At the same time, they might also learn “what not to say” to avoid getting admitted.

In addition, this symptom can be devasting for loved ones. Nobody wants to feel responsible for someone’s self-harm or suicide attempt. But a person with BPD may use blaming language like, you aren’t there for me, anyway, or, you’d be so much happier if you didn’t have to deal with me, which can invariably trigger guilt.

Affective instability refers to the erratic mood swings that people with BPD experience. This symptom explains why it can feel like the person is incredibly happy in one moment and incredibly angry in the next moment. These shifts can happen quickly, often within minutes.

Their emotions often feel larger than life because they can’t regulate them well. In most cases, we can identify, recognize, and try to improve how we feel. But the person with BPD may feel like a victim to their circumstances. It can seem as if their emotions just wash over them, like a tsunami crashing onto the shore.

Loved ones may get the “worst” of this affective instability. Because the person with BPD may feel more comfortable, they might subconsciously reserve their greatest emotional outbursts for people who they know won’t really leave.

People with BPD feel a pervasive sense of hollowness. This hollowness can start in early childhood, and some individuals with BPD will report feeling like they never fit in or belonged. Furthermore, experiences of trauma can exacerbate these feelings of emptiness.

To “fill” that void, they often turn to external rewards like shopping, food, drugs, or sex. These activities temporarily fill some of the void, but the void is similar to an inflatable raft with a hole in the bottom.

No matter how much they try to blow up the raft, it won’t fill up entirely. It also won’t float. This emptiness may also feel like:

Therefore, the person with BPD strongly desires to feel whole, and this desire can be overwhelming. They don’t know who they are, and they desperately look outwards to find solutions.

Of course, this emptiness can feel incredibly anxiety-provoking and even traumatic. This individual may fundamentally feel as if they are broken, and that feeling can trigger immense anger, shame, and fear.

People with BPD struggle with emotional regulation. As mentioned, their emotions often feel consuming, and these emotions can escalate without much warning.

Anger is no different—people with BPD present as hypersensitive and overly reactive. Unfortunately, even the slightest trigger may result in an extreme outburst.

When they feel angry, people with BPD may become emotionally and physically combative towards others. These acts of anger are intense, quick, and terrifying. It is almost always disproportionate to the situation at hand.

To avoid these outbursts, loved ones try to “get out of the person’s way.” For example, they may lie, withdraw, or overly attempt to please the person with BPD. In other words, they do everything they can to keep the peace.

It’s important to note that people with BPD are not inherently proud of their emotional outbursts. It’s the opposite. Many times, they experience immense shame and remorse after their reaction. They also frequently become terrified that other people will now abandon them.

Therefore, their projected anger towards others can then transform into internalized anger. They feel angry over how they reacted, which may result in them punishing themselves. As you can see, the vicious cycle of harming others and harming oneself prevails.

Under extreme stress, people with BPD may experience psychotic symptoms, such as hallucinations, delusions, or other forms of extreme paranoia. For instance, they may believe other people are out to harm them. Or, they might firmly believe that something terrible is going to happen.

People with BPD may also display dissociative traits. Dissociation can feel like being detached from your body or from life itself. Dissociation may cause memory issues, specifically if someone dissociates regularly and for long periods of time.

Under such stress, people with BPD may dissociate into safer states, and these states may look like entirely different personalities or ages. For example, when dissociating, a middle-aged woman may seemingly regress into a five-year-old child.

These symptoms may be so severe that people with BPD may be diagnosed with conditions like schizophrenia, even if these diagnoses are inaccurate. In addition, because personality disorders are often misunderstood, even healthcare professionals may confuse certain symptoms for specific conditions.

Someone does not need to have all nine traits to meet the criteria for BPD. However, they need to have at least five traits, and these traits must persist across most settings. In most cases, the dominating traits include the fear of abandonment, intense and unstable relationships, and difficulty with regulating emotions.

If you suspect you or someone you love has BPD, therapy can make a tremendous difference. Dialectical behavior therapy (DBT) is an evidence-based model and the standard of care for treating BPD. Seeking this treatment can help support sustainable and meaningful recovery. 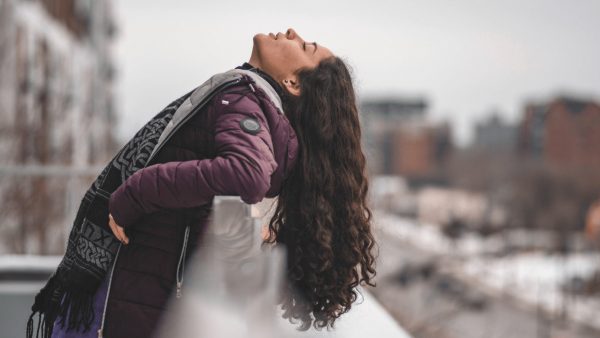 Life goes through a lot of ups and downs. It’s normal for our emotions to fluctuate along with them. You may feel on top of the world at times, and at other times as if things are utterly hopeless....