Rare Mental Disorders: What You Need to Know

*Approximately 1 in 5 Americans struggle with a diagnosable mental disorder. There’s no doubt that these disorders can be challenging. They can impact one’s entire well-being and disrupt interpersonal relationships, finances, and careers.

That said, rare mental disorders can be even harder to understand. Many people don’t recognize what’s going on. Their loved ones may not know how to provide support. At times, even treatment providers may misinterpret or misdiagnose symptoms.

However, mental disorders are treatable. Recovery is possible. Let’s review some of these rare conditions.

Brief psychotic disorder can emerge after a stressful event. The symptoms of this disorder include:

These symptoms must occur outside of drug or alcohol use. A brief psychotic episode lasts longer than a day, but it ends before one month. Psychiatric evaluations can confirm the disorder.

Although the symptoms can feel scary, the prognosis tends to be good if someone seeks early intervention. Treatment typically consists of a combination of antipsychotic drugs and therapy.

Catatonia refers to a cluster of symptoms that involve a lack of communication and movement. It can also include confusion, irritability, and restless behavior. Doctors originally categorized catatonic behavior as schizophrenia. However, medical professionals now understand that catatonia can accompany a variety of other mental disorders. The common symptoms include:

There are different types of catatonia. Akinetic catatonia refers to the “blank stare” phenomenon. It appears like you’re talking to someone, but they can’t register what you’re saying. Excited catatonia refers to heightened movements that seem random, impulsive, or pointless. They may also present as agitated or combative. Finally, malignant catatonia happens when the symptoms result in health issues like blood pressure changes or slowed breathing.

DDD is a rare mental disorder that results in people feeling outside of their body. It also can include feeling like things outside of them aren’t real. Common symptoms include:

Unlike with psychotic disorders, people struggling with DDD have insight into their experiences. Many of them fear that something is wrong with them. Only around 2% of people who have experienced a dissociative episode meet the criteria for DDD.

Many risk factors can trigger DDD. It’s largely associated with trauma, both in childhood and adulthood. It can also come from persistent stress and grief. Additionally, drug use can trigger symptoms.

Treatment can help reduce and even eliminate some symptoms. The likelihood of recovery is maximized when people work through their underlying stressors. Cognitive-behavioral therapy (CBT) can help with obsessive thinking. It can also help with grounding techniques, which can root people back into reality. Eye movement desensitization and reprocessing (EMDR) can also help with traumatic memories and mindfulness.

Once coined as multiple personality disorder, DID consists of:

Although it’s frequently depicted in the media, actual clinical cases of DID are extremely rare. Almost everyone with DID has a history of trauma, severe childhood neglect, or recurrent abuse.

Watch Encina Severa discuss her experience with DID and meet one of her alters, Minnie – a three year-old girl.

It’s no surprise that this condition can be debilitating for individuals and their loved ones. That’s because it may be challenging to convince someone about what’s going on. The sufferer may remain in one identity state for several months or even years before shifting into another one.

Treatment usually consists of psychotherapy. Therapy helps people to learn more about their symptoms. It can also support the identification and integration of different identity sets.

Medication can also help. Many people struggling with DID also struggle with disorders like depression, anxiety, or bipolar disorder. Antidepressant or antipsychotic medications can help alleviate some of those symptoms. As a result, the individual may be less likely to shift into another identity.

Factitious disorder refers to someone lying to others by appearing to be sick. It can also occur when a caregiver falsely presents a child as being ill or injured (previously known as Munchausen syndrome by proxy).

Factitious disorder varies in severity. On the mild end of the spectrum, people may slightly exaggerate their symptoms. On the extreme end, they may engage in serious self-mutilation, tamper with medical tests, or shop around and meet with dozens of doctors to obtain a diagnosis. Common symptoms include:

Factitious disorder often results from trauma. It can also coincide with serious medical illnesses in childhood, feeling of abandonment, and a weak sense of self-identity.

Early treatment is imperative. Factitious disorder can be life-threatening. If a child is involved, it can be even more detrimental. Therapy can help sufferers understand other ways to cope with distress. It can also provide a safe, nonjudgmental environment for processing the underlying motives associated with the condition.

Histrionic personality disorder refers to intense emotions and unstable self-esteem. People with this condition experience an immense desire to be recognized. They depend on other people for approval, validation, and inherent self-worth. However, they often act irrationally or dramatically to gain this attention.

Women are more likely to have this condition than men. Common symptoms include:

Many people with this condition struggle in their relationships. They may also struggle at work, school, or in other areas of functioning. It’s not uncommon for them to have unstable relationships full of intense emotions.

Histrionic personality disorder can run in families. It can also occur when a child is abused or neglected. Sometimes, children receive approval for certain behaviors, and they continue engaging in those behaviors for ongoing reinforcement.

Many people don’t seek intentional treatment for their histrionic personality disorder. Instead, they might start therapy for relationship problems, depression, or substance use. However, therapy can help with histrionic symptoms. Therapists can teach new ways of coping with stress and also work to help strengthen ego and self-identity.

Many people have heard about obsessive-compulsive disorder (OCD). However, OCPD is different than the common anxiety disorder. OCPD entails:

People with OCPD often believe their way is best, and they struggle to accept other perspectives. If they can’t get their way, they often feel out-of-control, anxious, and even resentful.  About 1% of the US population has OCPD, and men are twice as likely to have it than women.

OCPD can stem from trauma. It can also come from rigid expectations during childhood. The desire to control can come from unmet needs of control. Likewise, the perfectionism can result from an extreme fear of failure.

Cognitive-behavioral therapy (CBT) can help people with OCPD. CBT teaches people how to change their thinking patterns and adopt more realistic points of view. It also can help with mindfulness, relaxation, and acceptance. Additionally, some people with OCPD benefit from antidepressant medication. Medication can help with symptoms of depression and anxiety, which can exacerbate one’s rigidity.

The disorder is more common in children. However, it can also occur in adults. Pregnant women with iron or zinc deficiencies sometimes report pica-related cravings.

Pica can result in numerous physical issues, including:

Many children with pica outgrow it naturally. However, some people need professional treatment. Pica treatment entails examining the underlying issues impacting these cravings or compulsions. It may include replacing certain habits/foods with more appropriate and safe choices.

Reactive attachment disorder is a rare childhood disorder where the infant or child fails to securely attach to their caregiver. This can happen due to neglect, severe trauma, inconsistent parenting, or early life disruptions. The main symptoms include:

All children need a stable and supportive environment to thrive. It’s essential caregivers attune to their child’s basic needs. Frequent ignoring or misinterpreting cues can result in attachment problems.

In adulthood, reactive attachment disorder can result in behavior problems, abusing other people or animals, severe relationship issues, and substance use.

Treatment usually consists of family therapy or parenting classes. These treatments can help parents with engagement, nurturing, and empathy. At times, the child may also benefit from individual therapy.

Selective mutism is a complex childhood anxiety disorder. Although the child may speak freely at home, they cannot or do not speak in various social situations. This disturbance can compromise their academic achievements or social relationships.

Selective mutism stems from anxiety. Many children with this condition also have social phobia. They feel extreme nervousness and worry about others. Instead of speaking directly, they tend to rely on nonverbal body language (nods, smiles, pointing, and even whispering) to communicate. Usually, they feel panicked about being ignored or criticized if they do speak.

Selective mutism can stem from:

Treatment involves reducing the child’s anxiety. It may also include reinforcement for positive communication patterns. Usually, the child must practice exposure-based therapy. In this therapy, the child practices saying words in a safe and gradual way. This strategy eventually desensitizes the extreme anxiety.

All mental disorders are serious. They all can impact someone’s emotional and physical well-being.

With that in mind, rare mental disorders often require additional care and attention. It’s imperative that people get the support they need. Recovery is obtainable, but the first step is reaching out for help. 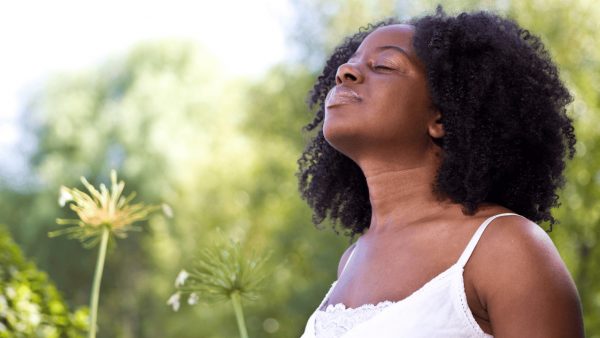 How Radical Acceptance Can Dramatically Improve Your Mental Health

Radical acceptance refers to fully and wholeheartedly accepting every moment for what it is. The concept comes from the idea that attachment to pain causes suffering- rather than the pain itself. By... 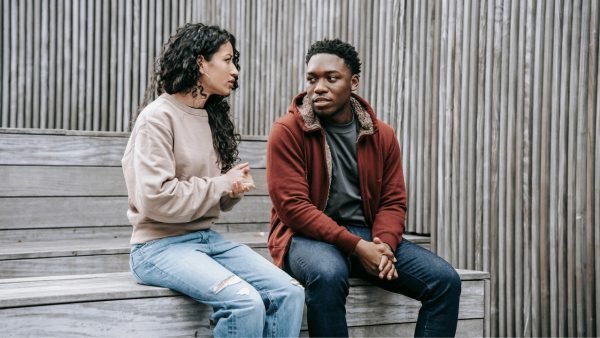 What is Motivational Interviewing? 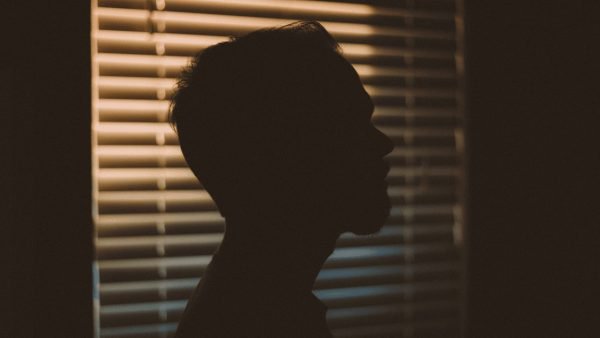 What to Know About the Dark Empath

New research has identified a term known as the dark empath, which some refer to as the most dangerous personality type. Note this is not a recognized personality disorder. Let’s explore what the...