ADHD stands for attention-deficit/hyperactive disorder, and it’s thought to affect anywhere from two to 11 percent of the population. It’s hard to pinpoint the exact number as the condition is likely underdiagnosed, leaving many people asking, “do I have ADHD or am I just lazy?”

Because the symptoms can be subtle or misunderstood, it’s not uncommon to reach adulthood and wonder whether your ongoing forgetfulness, distractibility, or carelessness might suggest undetected ADHD.

In ADHD, these behaviors stem from something called executive dysfunction. When it’s working well, the executive functioning portions of the brain’s frontal cortex manage your organization, prioritization, and discipline.

3. Combination of the two

An individual’s presentation can change as symptoms appear or fade over the course of years.

For the sake of clarity, the term “attention-deficit/hyperactivity disorder” replaced “Attention Deficit Disorder” (ADD) in 1987. ADHD has been the recognized medical designation ever since.

Signs of ADHD in Adults

These are a few behaviors associated with the inattentive ADHD category:

On the hyperactive/impulsive side:

Many people with ADHD develop aversions to the tasks that they find frustrating. This can create the appearance of lazily giving up without trying.

Some popular myths misrepresent the nature of ADHD and the people who have it. It is a complex disorder, and reducing ADHD to stereotypes is an oversimplification.

But Lots of People Are Disorganized

People may dismiss ADHD as an excuse for shirking responsibilities or ignoring authority figures. Parents are asked whether their child simply needs stricter discipline.

Misdiagnosis can happen, as with many medical conditions. This does not invalidate the experience of ADHD. Years of studies have associated ADHD with real differences in brains and behavior.

It is true that ADHD symptoms are not unique to people with ADHD, think of it like major depressive disorder. Healthy people can feel sad, but depression’s reach extends beyond situational sadness. ADHD works in a similar way.

The combined presence, chronic nature, and severity of symptoms make it a real and challenging status.

But Only Kids Have ADHD

Another common idea claims that misbehaving children are being unnecessarily labeled and will eventually grow out of ADHD. Research has shown that this stereotype is far from true. Around one-third, of kids with ADHD will continue to experience symptoms as adults.

But ADHD is for Boys

Young boys who are living with ADHD typically display more disruptive behaviors when compared to their female or adult peers. It’s easy to notice when a child disrupts the class with questions and won’t sit at a desk. Their classmate, whose mind wanders during instruction and forgets their lunch on the kitchen counter, doesn’t cause a similar scene.

In addition, social pressure pushes girls harder to hide disruptive symptoms. Boys get more leniency if they are active and careless.

Symptom visibility draws attention and is more likely to lead to a medical consult. Approximately eighty percent of ADHD diagnoses are given to males.

ADHD is considered underdiagnosed in girls and women. In reality, the best estimates suggest that around a third of people with ADHD are female.

As they grow up, people who experience executive dysfunction tend to develop strategies that compensate for their symptoms. Imagine negative feedback after interrupting a conversations or submitting a work project with careless errors.

To varying degrees, many people with ADHD figure out how to hide parts of the behaviors that cause them recurring trouble. The mental processes that caused the behavior in the first place, however, have not vanished. Life has not necessarily become easier.

Even if the descriptions in this article sound like you or your family member, ADHD is not the only possible explanation. The following examples do not represent an exhaustive list of causes that mirror ADHD. They are some of the more common options and an excellent place to start.

ADHD can only be diagnosed if symptoms appeared before the age of twelve. If challenges emerged during adolescence or early adulthood, an anxiety disorder or depression should be considered. Anxiety disorders can involve poor sleep, inability to focus, and frustration over the inability to complete activities.

Depression can cause disorganization, struggles with decision making, and difficulty starting or finishing tasks. Especially for people who imagine depression as an unbearable sadness, the quieter lethargy that many people experience instead can muddy the waters.

Untreated hypothyroidism is linked to forgetfulness and poor concentration. Low iron levels are known for their connection to inattentiveness. Other autoimmune disorders or nutritional deficiencies manifest in similar ways.

If symptoms that look like ADHD are relatively recent, lifestyle factors should be examined.

Inattentiveness, the inability to finish tasks, and many other cognitive problems can begin as a result of stress. Changing jobs, the death of a loved one or the end of a relationship can impact you so strongly that your brain is genuinely affected.

Chronic poor sleep is another potential culprit that causes chaos on your body. If eight hours of sleep isn’t helping, a sleep disorder that disrupts your rest might be to blame.

Finally, do remember that health questions tend to lead to multifaceted answers. Temporary stress could aggravate ongoing ADHD, sleep problems could lessen your ability to absorb necessary nutrients, and so on.

No single proper path exists for people who think they might have ADHD. You can discuss symptoms with a primary care physician, a psychiatrist, a social worker, or a therapist.

Your medical team should consider multiple potential causes. This involves lots of questions about your health history, and they might have you fill out questionnaires. Expect blood work that checks for illnesses and nutritional deficiencies.

Using a combination of these tools, your care provider can suggest what areas to examine further.

From here, if ADHD is still on the table, you will need a full evaluation, which can last several hours. A psychologist or psychiatrist will conduct an official interview and possibly run more tests.

The assessments will showcase your executive functioning, measuring your speed and success on various puzzles and tasks.

Health insurance typically covers this process as a diagnostic test or a visit to a specialist.

If your doctor doesn’t give the answer you want, do remember that they have a lot of training and experience to inform their decision. However, if a medical professional repeatedly dismisses your input or implies that you’re faking symptoms, it could be time to seek a second opinion.

If your medical provider diagnosis you with ADHD, your journey is just beginning. First, take a moment to appreciate the power of a diagnosis! It’s validating to know that, no, you’re not lazy, you’re working hard with a brain that doesn’t want to listen to your instructions. (Need direction on finding the right mental health professional? Try this guide.)

Now, treatment for ADHD tends to fall into two categories. Many people benefit from a combination of both.

Cognitive Behavioral Therapy (CBT) involves you and a licensed therapist discussing the difficult and stressful aspects of your life. You’ll work together to understand your thoughts and actions and plan strategies for future situations.

CBT takes time and patience, but it can lead to lasting change.

Certain prescription drugs can lessen ADHD symptoms and provide relief from their strain.

Stimulants are usually the first pharmaceutical approach. In a general sense, these drugs help satisfy the parts of your brain that continuously seek novelty and stimulation. That leaves your mind more content and better able to focus, organize, and remember.

More recently, selective norepinephrine reuptake inhibitors have become a stimulant alternative. They are most often prescribed for people who have not benefited from stimulants or cannot take stimulants.

Medications can be misused or become addictive, so it’s essential to work with a doctor. Also, know that a protocol that suits a friend may be underwhelming or include adverse side effects for you. You might have to try a few different prescriptions before you discover your own preferred treatment.

If tasks involving focus, memory, and concentration derail your day, there are many strategies that can help. The following strategies are directed toward people with ADHD but can benefit others as well.

Some of these lifestyle tweaks build routines, which reduce the amount of executive function required to act. Others set up systems of nudges and reminders, reducing the burden on your memory.

Carrying a daily planner or using a digital app consolidates your to-do lists. As soon as you notice a new chore or schedule item, add it to the planner.

Get into the habit of checking the planner at the same times every day. Meet with your plans first thing when you sit down at work or right after lunch.

Try It: Start With the Easy Stuff

Large tasks with many steps can feel daunting. Permit yourself to only complete one step and see whether your goal becomes more approachable.

If you’re putting off a ten-page paper, set a fifteen-minute timer, and compose an outline until it dings.

If you’ve put off cleaning the fridge for weeks, tell yourself that you’re just going to throw out items that are clearly garbage. When that’s done, you may discover that your momentum has made washing out the vegetable crisper less overwhelming.

Try it: Use Apps for Support

Organizational apps range from minimalist lists to video games with levels and experience points. Try a couple out and see what features help. Apps can give reminders, they can serve as motivation, and they can cultivate routines.

Hold on to that planner, app, or just scraps of daily to-do lists. After you’ve collected a dozen, sit down and look at them together.

What patterns emerge? Do you always skip certain tasks? Ask yourself why. They might need to be broken down into approachable chunks. They might involve inconvenient or unpleasant aspects that you avoid.

Now you’re facing specific roadblocks instead of an unclear inability to finish activities. That makes it easier to brainstorm solutions.

ADHD is complex, and each case looks a little different. While living with executive dysfunction can be stressful and tiring, people with ADHD can lead successful and fulfilling lives.

Whether or not you experience ADHD, it can be helpful to understand this condition. With new knowledge and understanding, you become better prepared to offer—or ask for—support. 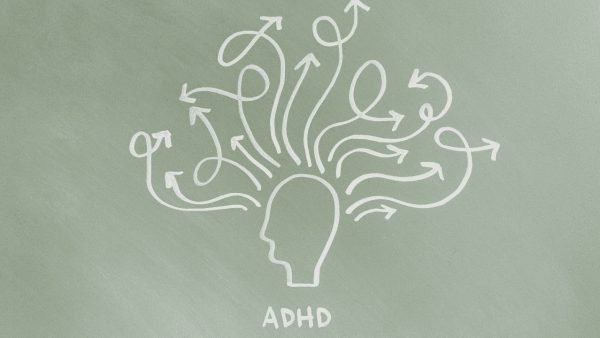 A Simple Framework to Hack Your Productivity ADHD was historically thought of as a lack of attention but is now better understood as a difference in how the nervous system operates and what the... 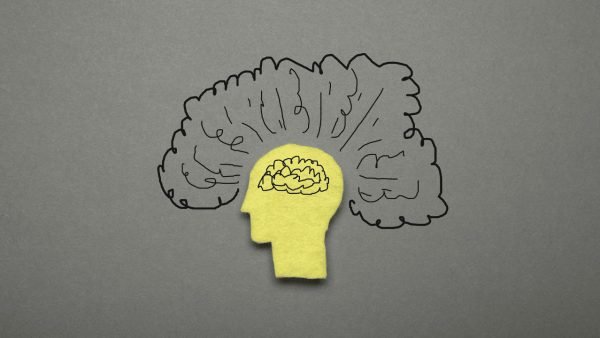 Do You Have Adult ADHD Inattentive Type? Here Are 9 Hidden Signs

The core symptoms of ADHD include inattention, hyperactivity, and impulsivity. Many people confuse "laziness" with ADHD symptomology. Learn the behaviors that could indicate the presence of adult...