Therapy is Possible Beyond Words: Using Movement to Heal

Talk therapy is not a novel concept. According to the National Alliance on Mental Illness*, in 2018, 19% of the US adult population experienced some mental health concern.  However, less than 44% received treatment.

While there are so many variables and reasons for this statistic such as socioeconomic status, race, geography, age, etc. one reason that has always sparked my interest is that of communication barriers.  How often is therapy not sought out because of a language barrier or because the person in need of support doesn’t want to “talk about it?”

Is therapy possible beyond words, and if so, what does that look like?

Dr. Albert Mehrabian, professor and researcher, concluded that fifty-five percent of our communication is through nonverbal elements such as facial expressions and posture. Less than ten percent of our communication comes from the actual words that we speak. In a field that places heavy emphasis on “talking” about problems, it seems a great disservice is being done when clients’ body language is not addressed within the therapeutic relationship.

When words alone are not enough, when language is a barrier to mental health support, and when we don’t feel like talking about it, clinicians must turn to the creative and expressive arts.  Professionals in the field of Creative Arts Therapies are spearheading this endeavor.

Sign up to get instant access to our free video library you can watch right now, and receive the latest news and updates from our team of expert doctors.

The National Coalition of Creative Arts Therapies Associations supports that the arts transcend traditional language barriers and allow an individual of all abilities to express what it too deep for words.  Treatment outcomes like improving communication and expression as well as enhancing emotional, cognitive and/or social functioning are facilitated by professionals who combine creative processes with art modalities.

In this day and age the word “therapy” is used rather loosely. It is often used to generally describe wellness or a sense of feeling better.  Since dance has an inherent capacity to reduce stress, boost endorphins, and lift our spirits it is not surprising that many people see it as their personal form of therapy.

What is Dance Therapy?

Dance as an art form consists of stylized choreographed sequences of movement.  Dance/movement therapy on the other hand is first and foremost a niche form of psychotherapy. Facilitated by a master’s level clinician, movement, a component of dance, is used to integrate the mind, body, and spirit of an individual. In dance/movement therapy, the “dance” comes from the patient as an organic expression of the self. One of the therapist’s responsibilities is to support and validate that individual’s existence through witnessing and even mirroring movements that arise in the therapeutic relationship.

With regard to the benefits of dance/movement therapy, there are a broad range of mental health benefits such as improving body image, self-esteem, attentiveness, and communication skills. It can also reduce stress, fears, and anxieties, as well as lessen feelings of isolation, body tension, chronic pain, and depression. In a recent study published in Frontiers in Psychology, it was concluded that qualitative findings suggested that depression scores in adults decreased due to participation in dance/movement therapy groups.

According to multiple studies, dance/movement therapy is an effective modality for treating anxiety in children and adults.  By meeting the client where s/he is emotionally in the body, feelings are validated and expressed on a deeper level, providing a bottom-up processing of the client’s experiences, thoughts, and feelings.

It has been used with individuals living with, but not limited to,

Dance/movement therapy sessions can look like talk therapy sessions and similarly vary greatly depending on the client. Sessions often incorporate elements of meditation, mindfulness, stretching, and dancing, in addition to verbal processing. It can be facilitated in the same ways as talk therapy; in a group, one-on-one, or within a relational dynamic. Sessions may take place in hospitals, nursing homes, day centers, schools, studios, homes, and offices around the world.

Since it is about recognizing and empowering all possible movement while meeting the client where s/he is, sessions can be done standing, seated, or even bedside. The therapist acts as a mirror reflecting nonverbal communication as well as actively listening to everything the client brings into the session. Dance/movement therapists do not just listen with their ears.  They listen with their entire bodies.

Here are some case examples:

“Sara struggled on a daily basis with crippling anxiety, causing digestive issues, dizziness and panic attacks. Upon entering the therapy session, Sara mentioned that today was a particularly difficult day and her anxiety was a 9 out of 10. This therapist invited Sara to identify where in her body she was feeling her anxiety. As she put her hand to her stomach, this therapist invited her to identify the rhythm and intensity of the anxiety. Sara began to vigorously rub her stomach in small intense circles. This therapist encouraged Sara to move the rhythm to different parts of her body while focusing on her breath. Sara’s movement began to morph into a gentle massaging motion down her arms. Her shoulders relaxed as she let out a sigh of relief. “

“Ms. E, a 94 year old client, displayed typical symptoms of Alzheimer’s Disease. She had severe memory impairment, was not oriented to time or place, and repeatedly checked her purse for her ID. On this particular day, Ms. E was in a group consisting of seven females. After a brief body warm-up which included a check-in of each body part, the group was invited to pretend that the space in front of them was a blank canvas and their arms were the paintbrushes. The therapist played soft classical music in the background. Ms. E, a classically trained pianist and very artistic creative woman, was so enthralled in the painting process. The therapist could see the wheels in her head turning as she painted the air in front of her. After the movement portion came to a close, the group began processing what had taken place. This therapist asked what people had painted and Ms. E proceeded to explain this beautiful scene in her mind. Ms. E. had painted a boat for the group to go on a cruise. She was then asked what her favorite part about that cruise was and she said “the fresh air and the reflection in the water.” The group was invited to feel “the fresh air”. Many members closed their eyes and took a slow deep breath. When asked what she saw in the water Ms. E replied that she saw a reflection of herself at twenty-five with her man’s arms around her waist. As she explained this, tears began to form in her eyes and she hesitated for a moment. Other group members were invited to share memories of loved ones. Ms. E concluded that she felt good about the memories even though they brought tears to her eyes.“

“An 89 year old male client, Mr. L, acquired dementia due to a stroke and suffered from a severe depression. After the stroke, Mr. L was left wheelchair bound and partially paralyzed on his left side. Mr. L always wore his jacket and a golfer’s cap regardless of the temperature indoors or outdoors. On this particular day when Mr. L presented in group he was not wearing his usual jacket and golfer’s cap. He had worn it to the Center, but had allowed a staff member to remove it earlier that morning. At the start of the group, one of the other group members actually commented on how handsome he looked and in response he managed a half smile and expressed gratitude. During the movement portion of the group which consisted of an exploration of different rhythms, Mr. L not only participated, but actually engaged his entire body to the best of his ability. Participants were asked to move their bodies to the beat of 3 different songs with 3 different tempos. The last song that was played was a violin adagio. Mr. L., a former violinist and conductor of his own orchestra, began gently moving his foot and hand to the music. He began to move his arm as if conducting the musicians. Mr. L. always favored his right side so this therapist asked him to try the same movement with his left side. This usually resistant man looked up with big eyes and moved his left leg. This therapist asked the same of his left arm and he proceeded to pick up his left arm by the wrist with his right hand. When it came time to process at the end of the movement session, the subject of thankfulness came up. A group member pointed out that Thanksgiving was just a few days away and so we decided to each say one thing for which we were thankful. To my shock and disbelief, Mr. L who for six steady months had been in a deep depression and had a history of language associated with wanting to die, said he was “thankful to be alive.” Mr. L’s eyes began to tear up. This therapist thanked him for sharing and he smiled again.“

Whether it is a client who has reached a plateau in traditional talk therapy or an individual who cannot access formal verbal language, dance/movement therapy is a necessary approach to mental health. Movement is accessible in some shape or form to everyone.  Everybody is capable of accessing improved mental health through the use of movement.

To learn more about dance/movement therapy or to find a therapist in your area go to The American Dance Therapy Association’s website today.

Sign up to get instant access to our free video library, and receive the latest news and updates from our team of doctors. 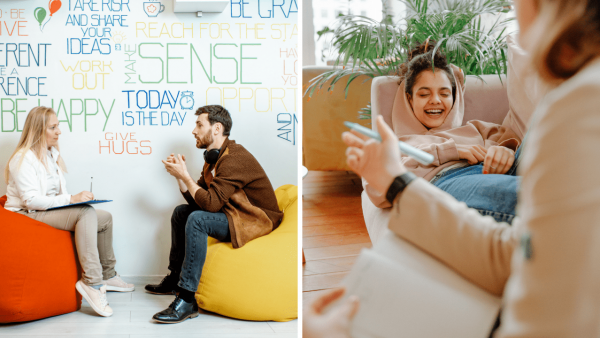 CBT vs DBT: What’s the Difference and Which One Is Right for You?

Cognitive-behavioral therapy (CBT) and dialectical behavior therapy (DBT) are two popular psychotherapy treatments that can help with a variety of mental health issues. They share many similarities,... 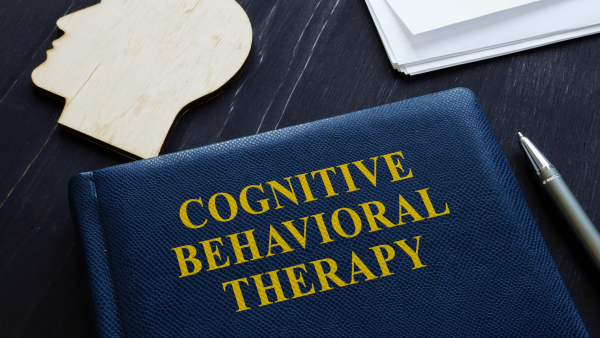 What Does CBT Stand For?

CBT stands for cognitive-behavioral therapy. It is an evidence-based treatment that can help with a variety of mental health issues. Today, it is one of the most widely used theories in... 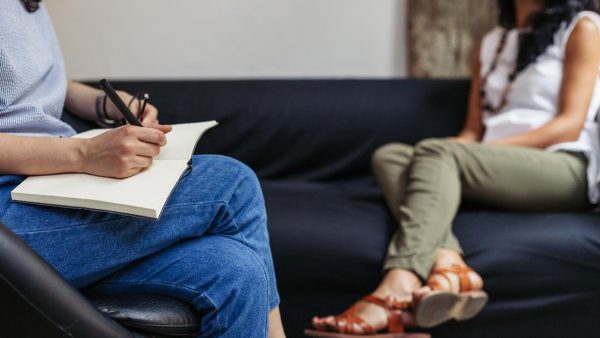 10 Questions to Ask a New Therapist

10 Questions to Ask a New Therapist Finding the right therapist can be challenging, scary, and frustrating. The process of getting connected to therapy involves complicated information about...