The Dark Side of Exercise: Understanding the Phenomenon of Body Dysmorphia in Males

Body dysmorphia affects 1 in 50 Americans, according to the Anxiety and Depression Association of America (ADAA).

But most people aren’t talking about it. While most people wish they could change something about their appearance, people with body dysmorphia obsess over their perceived imperfections to the point where it interferes with their daily lives.

Many people assume that body image is solely a female issue. We see how the media places enormous pressure on how women are supposed to look. We hear about the staggering statistics of eating disorders.

However, as it turns out, men can be just as susceptible to body dissatisfaction. What’s worse? Many times, they struggle with these issues alone. In fact, many times, their friends and family, impressed by their difficult workouts and diligent meal plans, even praise their alleged healthy lifestyle.

What Is Body Dysmorphic Disorder?

Body dysmorphic disorder or body dysmorphia is a mental health condition characterized by pervasive, intrusive thoughts about one’s appearance. Some people with body dysmorphia may fixate on a single part of their body. However, others feel dissatisfied with the majority of their appearance.

The onset can occur at any time. However, it typically emerges in adolescence or early adulthood. In America, body dysmorphia impacts about 2.2% of females and 2.5% of males. That said, these statistics may be misleading. Research shows that people notoriously underreport or minimize their struggles with mental health.

People with body dysmorphia experience the overarching struggle of body dissatisfaction. This struggle is overwhelming and obsessive. It can last for several hours or days. Often, this dissatisfaction leads to low self-esteem. Other symptoms include:

Men with bigorexia never feel like they are “muscular” or “big” enough. Many men with this condition are weightlifters. These men may spend hours upon hours working out in the gym. They often obsessively check themselves in the mirror, track their measurements, and weigh themselves.

Can exercise really be a bad thing? While we all know the benefits of movement, when working out starts to impact your mental health and relationships, it may be causing more harm than good. Men with bigorexia often hold onto rigid exercise routines. For example, if they lift every day, they will face immense distress if an unplanned event interferes with their schedule. They may sacrifice other obligations to get their workout in.

Excessive exercise can lead to problems related to physical injuries and extreme fatigue. It is also associated with mental health issues like anxiety or depression. While it is challenging to quantify excessive exercise, one can consider:

Men with bigorexia often exhibit symptoms of disordered eating. For example, many people with bigorexia adhere to strict meal plans. They may count their total macronutrients throughout the day. They often spend excess time planning, shopping, and cooking their food.

Moreover, they experience tremendous anxiety if a food deviates from their plan. Some will avoid restaurants or social events for this reason. They want to know exactly what’s in the food they’re consuming. If they don’t know, they avoid it altogether.

Binge eating is incredibly shameful. While some people plan their binges, most people find themselves bingeing before they even realize what’s happening. Likewise, some people eat one “forbidden” food, and then they believe the “whole day is ruined.” Those who struggle with disordered eating often perceive the world in black-or-white. If they don’t eat perfectly, they have failed. If they “messed up” once during the day, they may as well keep messing up because the day no longer counts.

Many men with bigorexia use anabolic steroids. Anabolic steroids are synthetic testosterone. Steroid users believe these substances offer a competitive advantage to their athletic performance. They believe they can train harder and faster with less recovery times than ordinary athletes. Likewise, steroids may be associated with increased strength and lean body mass.

That said, steroid use presents with numerous side effects including:

Why Do So Many Men Struggle With Body Dissatisfaction?

There isn’t a single reason why men struggle with their appearance. Instead, these issues appear to stem from a variety of factors.

Many people who struggle with body dissatisfaction also struggle with the desire to be perfect. Unfortunately, perfectionism doesn’t exist. With body dysmorphia, many men believe that, if they reach a certain weight or size, they’ll finally look perfect. That said, perfectionism is an impossible quest. Even if the individual does meet their goals, they often create more goals. This cycle perpetuates even more internal pressure- which creates internal shame and self-loathing.

When we feel out of control, it’s easy to fall into the trap of obsessing over what you can control. Many people believe they can control their bodies. Rather than focus on addressing uncomfortable feelings like depression, anxiety, or guilt, they’ll focus on their appearance. This obsession can serve as a great distraction. Furthermore, when something doesn’t go their way (i.e. relationship problems), they often blame their external appearance rather than their personality.

At its best, bullying is a brutal experience. At its worst, bullying can be downright detrimental to one’s self-esteem. Bullying impacts the way a person sees themselves and sees the world around them. It often impacts low self-esteem, and it can cause immense trust issues. Many bullies target one’s appearance. This, of course, can be devastating for the targeted individual. They may become hyper focused on their looks, which sets the framework for diminished self-worth and disordered habits.

History of Abuse or Trauma

While trauma is pervasive, many men don’t talk about it. Moreover, many men don’t receive adequate support or treatment when they are struggling. Abuse and trauma undoubtedly impact one’s psyche. They can instill a tremendous amount of shame. When someone struggles with shame, they take on the belief that they are inherently bad or wrong. They often feel unlovable and unworthy. Body dysmorphia can essentially act as a shield against these shameful feelings.

Some sports have strict body requirements for their athletes. For example, competitive wrestling, gymnastics, and weight-lifting often have specific weight requirements. Other sports, like cheerleading or dancing, can place a high priority on one’s appearance. While coaches may have good intentions, many of them place immense pressure on their athletes to maintain size or weight. From a young age, they may put them through grueling workouts and strict eating plans. High-achieving athletes then may start to take on this intense mentality on their own.

If someone starts a new job and all his colleagues hit the gym after work, their positive influence may encourage him to exercise. However, if all his colleagues live off protein shakes, take steroids, and hit the gym for several hours, their behaviors might also influence him as well. We are products of our social circles. We are all vulnerable to the insidious nature of peer pressure. In fact, many men report using steroids because they believe everyone else is using them.

From the car we drive to the food we eat, our interactions with media shape thousands of our daily decisions. Most of the time, we are completely unaware of its influence. That said, research shows that excessive social media consumption is associated with mental health problems related to depression, anxiety, and low self-esteem.

Many people innocently start diets every day. They want to lose a few pounds or drop some fat. They want to make healthier food choices and move their bodies more. With this mindset, diets aren’t outwardly wrong. For many people, they can lead to positive lifestyle changes. However, dieting can lead to an ugly rabbithole. Some people become so obsessed with their progress that it leads to extreme measures. Even if they lose weight or change their size, they can’t internalize the difference. In the mirror or even in pictures, they still see themselves as “fat.”

Body dysmorphia can be treatable. While there isn’t a cure, men can receive support and learn how to implement healthy coping skills.

CBT is an evidence-based therapy that assesses the relationship between thoughts, feelings, and behaviors. By changing negative thought patterns, people can learn to cope better, which inadvertently helps improve their feelings.

Many men with body dysmorphia hold onto negative thoughts like:

These thoughts, of course, can result in maladaptive behaviors like compulsive exercise, avoiding social gatherings, or restricting food. The cycle is hard to break because the three items (thoughts, feelings, and behaviors) remain so intricately connected.

CBT focuses on changing negative thoughts into more realistic ones. Therapists teach clients how to challenge their thought processes. They may use techniques like examining the evidence, exploring alternatives, or identifying distorted patterns.

CBT also focuses on using proactive coping skills. For body dysmorphia, these skills may include activities like meditation, journaling, spending time with positive friends, or engaging in pleasurable activities outside of exercise.

Many men struggling with body dysmorphia also struggle with comorbid conditions such as depression or anxiety. Antidepressant medication (SSRIs) can be beneficial in rebalancing one’s serotonin and dopamine levels.

Examples of SSRIs include:

Medication can be a trial-and-error process. What works well for one person may be ineffective for someone else. You should never take or change your medication before consulting with your primary care physician. All medications have side effects. You should discuss these effects and risks with your doctor before beginning treatment.

While much of society (and research) has focused on the relationship women have with their bodies, men aren’t immune to insecurity. In fact, men seem to struggle with their appearances just as much as their female counterparts. They just aren’t talking about it as much.

Body dysmorphia can be treated. While recovery efforts may feel challenging, men can learn to build a positive body image. They can also learn how to treat themselves with more kindness, compassion, and patience. 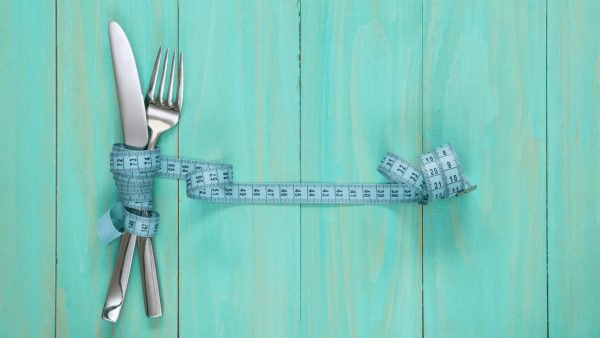 Is Anorexia a Mental Illness?

Anorexia is both an eating disorder and a mental illness. It’s the third-highest chronic illness among adolescents.  A life-threatening disease, research shows that the mortality rate...

What Is Orthorexia? Understanding the Obsession with Healthy Eating

Orthorexia refers to the obsession with eating healthy food. Although the Diagnostic and Statistical Manual of Mental Disorders (DSM) does not officially recognize orthorexia as a clinical eating... 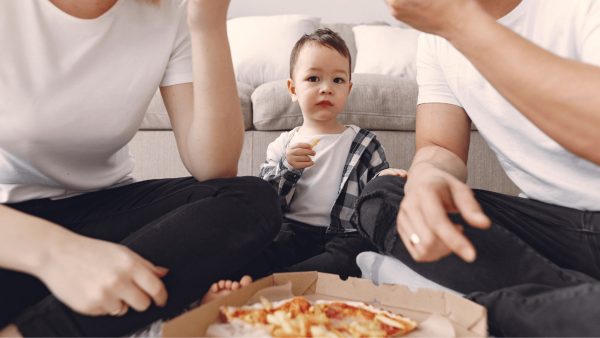