Andrea Arlington: Hi there. I’m Andrea Arlington. And welcome to Ask Andrea where I answer questions and offer solutions to questions about relationships, family healing, and more. I hope you enjoy this episode.

“My son is 27. He lives in an apartment on his own. He does fine at work, and he has a great group of friends. But when it comes to doing things for his family, he seems to have a deep lack of remorse anytime he does anything wrong or hurtful. He never offers to do simple tasks or last week he was two hours late running an errand for his dad and me. I feel like I can’t get through to him. Even when I say he’s hurting my feelings. What steps can I take to figure out what to do next?”

Dear, What Can I Do Next?

I just want to say to myself and to the rest of us, we cannot change other people’s behavior. So when you ask, what can I do next? Most of what I’m going to share with you is not about changing him. It’s going to be about changing our perception – because the only way we can stop feeling the emotion of hurt is by giving ourselves a new narrative about what’s causing us that hurt.

Let’s unpack this situation a little bit, shall we?

It’s not up to our children to give us a sense of well-being. It’s just not. It’s not up to anybody to fulfill our needs in a way that doesn’t prevent us from feeling hurt inside. We only feel hurt when we have an inner narrative or a story going on inside of ourselves that says, in my case, “If my daughter doesn’t do this for me, she doesn’t love me, she’s rejecting me, and she doesn’t care about me.” That’s the story I was telling myself. And that’s why I felt hurt. I’m asking you, mom, to go inside and ask yourself why you feel hurt when your son is not performing for you the tasks or the chores or running errands for you?

Because it’s the story we tell ourselves about why things are happening or why another person is doing something that causes us to feel these deep feelings of pain or hurt.

I’m curious to know if you would happen to know what his love language is. Working a full-time job, managing his own life, and having social time, and whatever else his priorities are, itmight be that he doesn’t have time to go and run errands for his family. And maybe he would like to connect with you, but maybe connecting with you with his own love language is going to be more effective at meeting both of your needs.

If we make other people responsible for the way we feel, we’re always going to be disappointed.

And most often those needs are, in some way, to protect us from feeling pain. But we don’t recognize that we’re feeling these feelings. We don’t take the time to actually sit down and have conversations with these parts of ourselves that are feeling these feelings. And so this internal family system is about working with the family of parts that internally exist within us, and starting to make connection with them in a way that allows them to feel heard by us, allows us to hear them, and allows us to have conversations with them – and explore healthier ways to get our emotional needs met.

So my question to you is, do you help your son feel like he’s respectable by the way you communicate with him? And my guess is, if you are telling him that he’s hurting you because he’s not “performing” for you, that doesn’t feel like you respect him. And when a man doesn’t feel respected, he doesn’t live up to his full potential, because people tend to live down to our expectations as much as they live up to them.

And so I would ask you to read a book. It’s called Mother & Son, and it’s all about learning to community with your son in a way that causes him to feel that you believe he is respectable. And it’s by using specific language with him, learning how to communicate with him in a way that builds him up and validates him. We all need to feel heard and seen and affirmed and celebrated. Our sons need that from us. And so you could learn a lot about how to do that using language, using communication with your son that’s based on the principles in that book.

[Note from MedCircle: Amazon affiliate links are used within this article and other pages on medcircle.com. If you click an affiliate link and make a purchase, MedCircle Inc. may make a small commission at no additional cost to you.]

The last thing I’m going to leave you with is a great communication tool called the three Cs, that will help you sort of communicate to your son, your respect for him and let him know that you want to work toward connecting with him in a way that feels good to both of you.

But before I teach you the three Cs, I’d like to give you a quick little script that you can to help him and yourself flush to the surface what might be going on for him that causes him not to want to do things for you in a way that leads to you feeling hurt and him feeling perhaps resentful.

So you can fill in the blanks, but the script is pretty much, “I sense by the fact,” and then you describe what the facts are. In this case, he’s not doing things for you when you ask him to. He’s not doing simple tasks or running errands in a timely matter that you feel and then, what is it that he feels, do you think? Resentful or unhappy about me asking? And then you ask him if it’s true because you don’t know what he’s feeling, right? You really don’t because you probably haven’t asked him what’s going on for him when you ask him to do these things for you. And it’s respectful to ask him, first of all how he’s feeling, but it also will help you both feel heard, and it’s really important for him to feel heard about this issue as well.

And so let’s say he says, “Yeah, mom, I don’t like it when you ask me to do favors for you. I feel burdened by that.” Let’s say he does, okay? Well, mom, here we go with the three Cs, okay?

The first C is confirm because in order for us to help our son or our child or anybody else in our lives feel that we’re acknowledging their right to have their feelings, in this case, your son might be feeling resentful, you would say to him, “John, I can certainly understand why you feel resentful. I hear you. And I’m not going to sit here and tell you that you shouldn’t.” So, you’re confirming him – because if you were to say to him instead, “You have no right to feel resentful. How dare you? I’m your mother! Think about all the things I’ve done for you in your life. Think about all the things that dad and I did for you. You wouldn’t be who you are today if it weren’t for us,” because I know that’s the kind of mom I was often when I was in my shaming parent voice, right? But you don’t want to do that because that creates polarization and causes further resentment to build up. And instead, you want to affirm or confirm the first C that they have the right to feel their feelings and to be who they are.

Then you’re going to clarify. What do you really want from him? And in this case, I’m guessing it’s time and a sense of love and belonging with him that you might be feeling lost, that you might be grieving the lack of connection with him, because he’s no longer living at home and he’s off in the world doing his own thing. So you might share with him, “I’m thinking I’m grieving. I miss you. And it’s not your responsibility to meet my emotional needs. But at the same time, I’d really like to spend some time with you.”

And then you’re going to ask for some sort of commitment, or in some cases, we call it a verbal contract. But in this case, it would just be a simple commitment. “John, would you be willing to think of ways that you would like to spend time with me once in a while that would feel good to you, so that we can start connecting more often, so that both of us can feel good about the kind of connecting that we’re doing?”

That’s the three Cs. The first one again is to confirm, then clarify, and then ask for a commitment. So I hope this helps answer your question, what to do next.

How to Help a Teenager With Anxiety

Today’s teenagers are facing unprecedented levels of anxiety, and it can be difficult to know how to help. Read on to learn some key points to keep in mind when helping the teens in your life.  What... 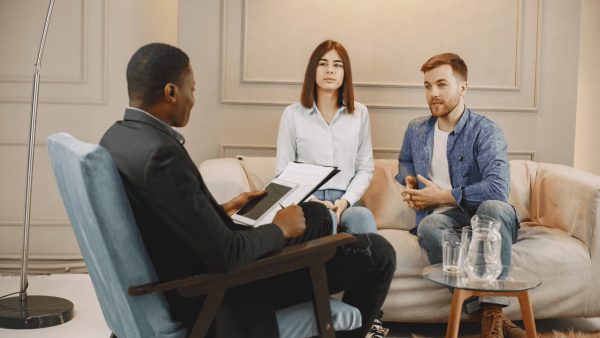 Yes. But here's what you need to know. Are you considering seeking couples counseling for relationship problems? You’re in good company. Now, more than ever, couples of all different backgrounds are... 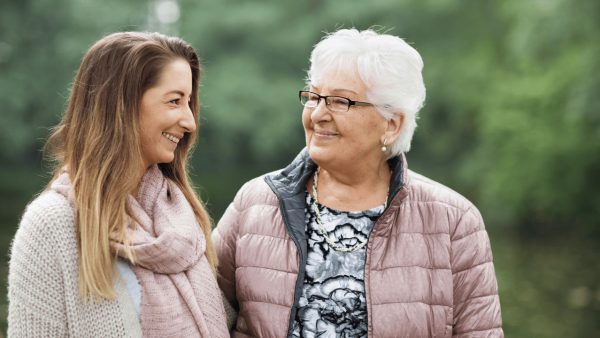 How to Recover From Bad Parenting

Psychology says... Children need love, validation, and a sense of security to grow into well-adjusted adults. These implicit needs are present at birth, and parents play a crucial love in offering...